5 Reasons Cryptocurrency Is The Future 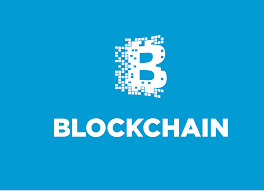 When we here at BTC Bros, talk to some people about Cryptocurrency, Micro Transactions and Digital Finance being an inevitable future of economy, contracts and trade,   most respond as if were crazy.  If you’re already telling your friends, family and strangers about Bitcoin, or other Cryptocurrencies, then we guess you know the feeling.  So, without further ado, here are our top 5 reasons Cryptocurrency will change the world of Finance, forever.

We know some of these centre around reason #1 (the Blockchain) and security, but that alone should prove that there is a wealth of other reasons out there.  Some being specific to each type of Cryptocurrency, and others around trade, poverty and ease of use.

So we say bring on the Blockchain, Wallets and miners, also the new age of Cryptoprenuers, as we say, because it only seeks to lead to the betterment and freedom of  the people, society and global economics. #FutureFinance

*Remember these are just our opinions and we are not financial advisors.  Always remember that investment can come at a risk.  Feel free to search the internet and conduct your own research.  There is a lot of information out there and also about a million other ‘Top reasons’ lists out there!   Check out our guides for concise, easy to follow and accurately compiled information.