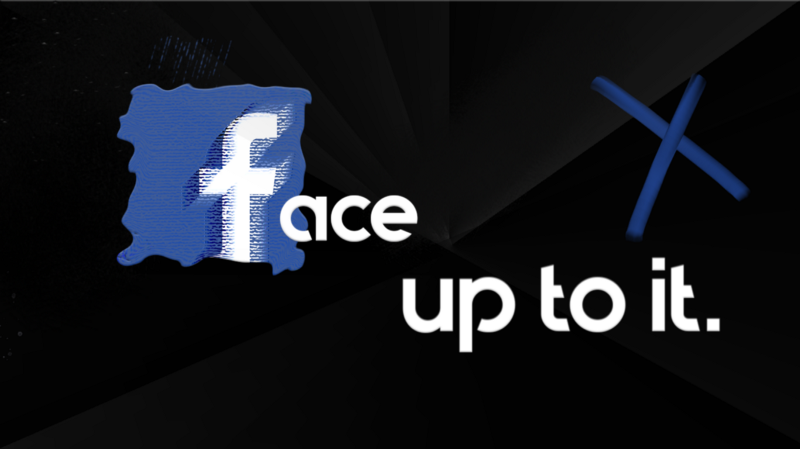 Facebook, to my mind, has moulded itself into the epitome of hypocrisy. From denouncing bitcoin and cryptocurrency adverts, to bringing them back simply because they’ve now decided that blockchain technology is useful — their lack of professionalism and knowledge is almost unbelievable. And now, a fresh new competitor has launched itself onto the scene: advertising through blockchain technology.

In the realms of advertising, social media dominates: brands are connecting with an increasingly large range of consumers, engaging directly with the most devoted shopper, through a series of innovative, relatable campaigns on Twitter and Instagram. You can’t scroll for more than half a second without an ad popping up: Kellogg’s introducing us to a die-hard, cello playing customer, Vans putting consumer’s creativity at the heart of their next design. The market now plays on individuals, as opposed to celebrities. Who are you more likely to trust? The latest trending Jenner’s opinion, or your best friend? I’d sooner trust the old lady I met at the bus stop yesterday, who gave me her detailed and expansive opinion on the best cat food to purchase. In this digital age, we have access to everyone’s opinion, regardless of social status: one of the gifts of social media, and more often a blessing than a curse.

Brands have figured out that personal testimonies and recommendations — from those nearest and dearest — act as the key influencers upon a purchaser’s final decision. It’s not enough to just collaborate with the latest popular beauty influencers, for example — if we know that you’ve just handed over a massive cheque. According to recent research, we trust recommendations from family members and friends 5 times more than we trust celebrities (make that a 1000 times more, in my case — depending on the friend).

Setting up an ad campaign on Facebook: This is how it goes down. You implement your campaign and set up your target audience: filtering by age, location, likes, dislikes, etc. Your budget spend, however, is received by Facebook — not your audience, whom you are relying on to share and distribute your content. We know that the recommendation model is one of the most fool proof: however, Facebook’s method of advertising does not utilise this element of human psychology. Its effectiveness is therefore depleted — its advertising mechanism delivers merely a fraction of what it could be capable of.

The same goes for Instagram, when paying for sponsored ads — but at least they don’t milk you for every penny, and the campaign establishment isn’t nearly as laborious. It’s easy enough to advertise through Instagram for free, if you use the right hashtags. Facebook, however is a different story. Launching a campaign is arduous, expensive and ultimately inadequate. It’s not enough to display an ad to a prospective target, without providing an incentive. How can we be sure that the user has viewed, understood and approved of the ad? Click-through’s mean little — shares, however, provide more definitive evidence of engagement. However, Facebook ads have removed the sharing option — if you’re looking to drive engagement, then you’ve come to the wrong platform.

We need to focus on the importance of an incentive based sharing economy, fuelled by incentive technology. Consumers choose to make purchases through the promise of a satisfying, well-tailored experience — it’s never just about the product itself. Similarly, we might choose to share a picture on Instagram or Facebook for several reasons: a) it’s aesthetically pleasing b) we’re trying to win a giveaway, or c) we believe that by sharing, we are distributing some form of value. It might be raising awareness for a social cause; it might be because you want to bring attention towards a quality brand.

Sharing is where the power is. Social media is built upon a sharing economy: we endorse each other, we endorse brands, we endorse entire countries — sometimes we’re entirely unaware of it. The power remains with the users — what we share, how we react, how we trigger new responses.

This behaviour can be established and maintained through an effective referral system, expanded upon and carefully crafted by start-ups like 2Key. 2Key almost duplicates Facebook’s method of campaign establishment, allowing users to create a campaign, establish aDea budget, and launch it out to prospective viewers — however, there’s a key difference: 2Key’s system rewards users for sharing the campaign, encouraging them to act as brand advocates with substance. As described expertly by Finance Magnates, “the goal is to create a world of valuable shared content, that doesn’t involve spam [or irrelevance]”. This system is so desirable, and so obviously beneficial, it’s almost absurd to realise that these inventions have only been brought into prominence now.

A similar evolutionary start-up, aiming to innovate our current world of social media sharing is APPICS, a “next-generation, reward-based social media application”, aiming to take the ultimate transformative step — towards a fully rewarding social network. All users are to earn a fair share, as well as an influence in the network, through — what else? — a cryptocurrency-powered reward token, XAP. APPICS users possess the ability to directly turn their content into tokens — rendering themselves independent of advertising companies, and gaining instant control over their influence and income.

Social media still dominates all forms of advertising — and rightly so. Blockchain powered alternatives have not yet hit the mainstream, and it would be an extremely difficult feat to transfer an entire group of one billion monthly active users over to these platforms. But right now, with numerous and improved alternatives at hand, I think it’s time to exercise our right to seek — and establish — better platforms. It’s not about satisfying our thirst for revenge (however strongly it burns, when we remember that our right to data protection has been treated with nothing but contempt) — it’s about exercising our personal autonomy.

Next up: A deep dive into the world of Algebraix, offering us complete control over the advertising we view on our social platforms.

Author – @cattranfield  Follow me on Medium and also BTC Bros