The History Of Ledgers From Tablets (Stone Slabs), To Blockchain 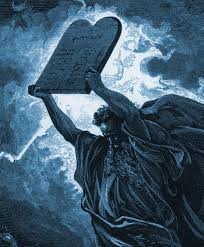 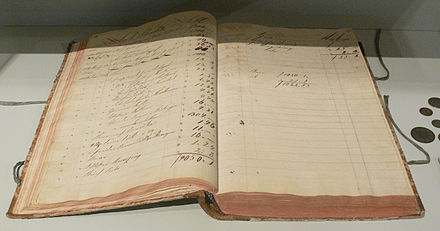 A Ledger is the principal for recording and summarizing economic transactions measured in terms of monetary units.  Account types, with debits and credits are usually recorded in separate columns with, a opening balance and closing balance for each account.

A Ledger is a permanent summary of all amounts entered in supporting journals, which list individual transactions by date. Every transaction flows from a journal to one or more ledgers. A company’s financial statements are generated from summary totals.

Every debit recorded must have a corresponding credit, so as to offset debits against the credits in the total.

In finance a Bond is used to record the debt of the issuer to the holder.

Tablets of Stone (Stone Slabs) or Tablets of Testimony (in Hebrew), as described in holy texts or the Bible, were large pieces of stone inscribed on by a Scribe. They were sometimes selected by the king or leader and would be, highly trusted, normally a representative of the king, to the people.

According to history they were made of blue Sapphire as a symbolic reminder of the sky, the heavens and God’s throne.  The first ever given to Moses shattered and the second was stored in the Ark of the Covenant (the Aron Habrit, in Hebrew).

These stones were large in size and heavy in mass.  They had to be chiselled on with tools meaning it was permanent, and any mistakes meant you had to start again. Unlike paper and digital files that can be edited this could not so forgery was very hard, as you had to be a recognized, skilled craftsman before being able to be a scribe. 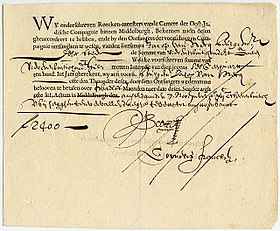 Bonds are a debt security, normally written, or printed on paper, under which the issuer owes the holder a debt and is obligated to pay them in interest (depending on the type of bond), or repay the principal at a later date agreed on (maturity date).  Interests are usually payable at fixed intervals (semi-annual, annual, monthly or weekly).  Often bonds are negotiable, meaning the ownership of the transaction can be transferred to a secondary owner, or the bond can be renegotiated.  This means that once the transfer is complete the new owner make it highly fluid on the second ownership.

A Bond is in the form of an IOU (loan), the issuer is the borrower (debtor).  Bonds provide fiat funds to finance long-term investments. Government bonds are used to finance current expenditures. Certificates of deposits (CD’s), or short-term commercial paper are considered to be money market transactions and not bonds.  The difference is the length of the agreement.

Bonds and stock are both securities, but there’s a big difference between the two.  Stockholders have an equity stake in the company, making them shared owners.  Bondholders have a creditor’s stake in the company, meaning they are lenders. Bonds usually have a fixed term or maturity where it can be redeemed, whereas stocks remain outstanding indefinitely.  The only exception is an irredeemable bond, such as a console (short for consolidated annuities, but subsequently taken to mean consolidated stock), which has an infinite, “no end” agreement.  Bonds are normally used to form a paper or computerized ledger (Sage, Excel etc…)

Blockchain is a continuously growing list of records, called blocks, which are linked securely using cryptography.  Each block contains a hash pointer, which links to a previous block with a timestamp and date.  By design Blockchain inherits resistance to data modification and is an online checkable ledger (distributed ledger), which records transactions between two parties efficiently and in a verifiable and permanent manner.  A peer-to-peer network collectively adhering to a protocol for validating new blocks manages this.  Once recorded, the data in any given block cannot be altered retroactively without the modification of all following blocks, which needs involvement and agreement of the mainstream network.

Blockchain is secure by design and is an example of a distributed computing network with high underhand accountability tolerance.  Decentralized consensus has therefore been achieved with Blockchain.  This makes Blockchain potentially suitable for the recordings of events, medical records, agreements, identifiable managed debts and credits, resources, food traceability and any other records

An anonymous person or group, known as Satoshi Nakamoto conceptualized the Blockchain in 2008 and it was implemented the following year, as a core component of his digital currency BITCOIN, where it serves as a public ledger for all transactions.  The invention of Blockchain made it the first digital currency system to solve the double spending problem without the use of a trusted authority or central server.  This innovative idea has started a trend for other Cryptocurrencies and applications, which develop the core system and functions.

To conclude, the idea of tracking an agreement as a ledger started from a stone slab, all the way up to the era of the digital age, where the same original principle still applies.  It has been updated with new techniques and technology, but the principles still remain.

I will leave you with these questions…

If we’ve gone full circle, with better ways of doing things where will we go next?

Will there be another type of ledger after Blockchain and digital money has taken over completely?